Sunday August 5, 2012 was the Buddhist Lent Day at our local temple Wat Greensboro.

Sunflowers were brought in by a Buddhist worshiper.

The Buddhist Lent Day is also known as Kao Punsa, which is the annual three-month Rains Retreat. This is the time where monks spent three months of the annual rainy season in permanent dwellings. This year we have 2 monks Kao Punsa at Wat Greensboro. 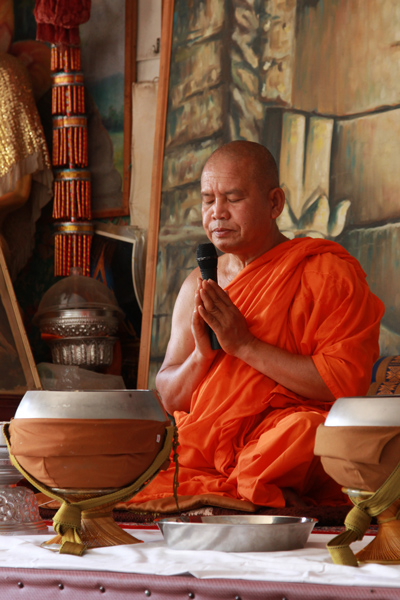 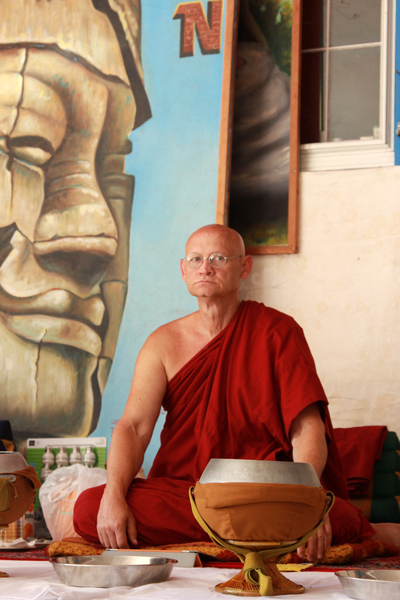 Pra Kao Thip or meal was prepared for passed loved one. 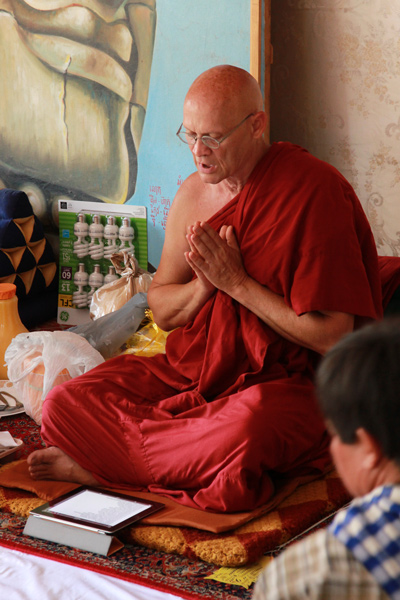 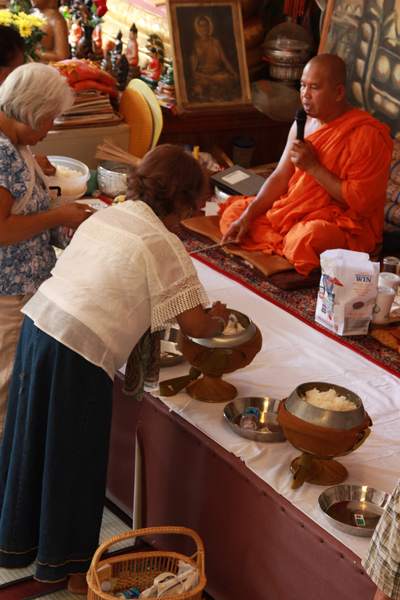 Foods were prepared for the monks. 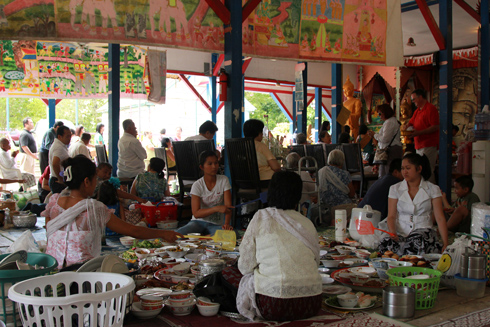 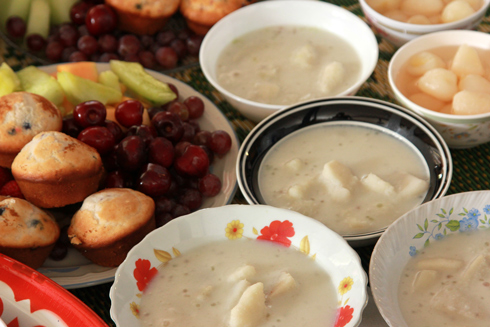 The banner that tells the story of the Buddha was hung around the salahongtum or worship hall.

The tradition of offering candles to the temple on Kao Punsa day.

My dad offered a monk’s robe and candles.

The monies were offered as part of alms giving. 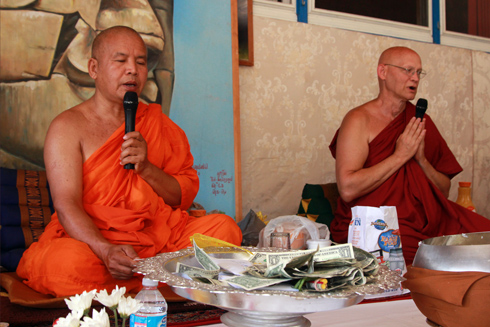 Foods offering to the monks. 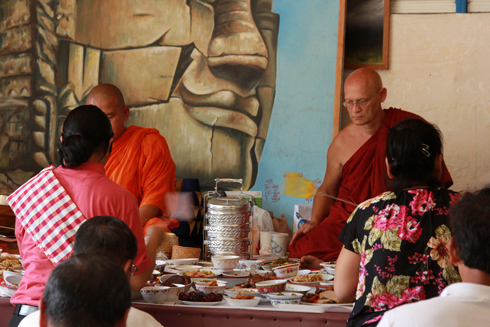 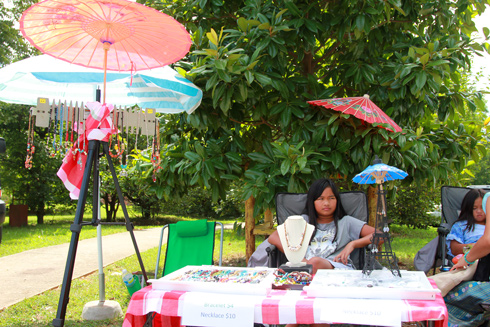 This was not a big event so there were not as many customers as Sonkran Day in April. The next big event is Boun Kathin, and it’s something to look forward to. 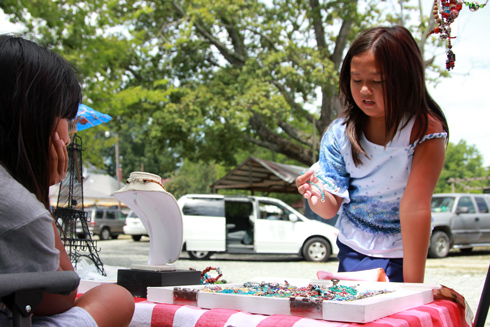 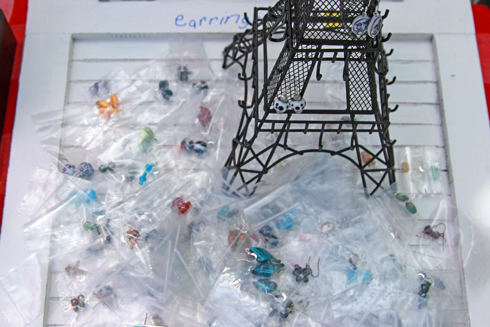 There were mostly vegetable vendors, it’s almost like the farmers market.

It was hot and humid on Sunday and these boys gave a new meaning to hanging out at the water cooler. They were eating ice cubes to stay cool.

Lee sold $58 and donated the amount to the temple and my niece sold $20 and donated her portion.

The bathroom construction is moving very slowly since it is funded by donation only and any amount helps.